Guelph Solar engineers and installs state of the art green energy generating systems in both luxury homes and businesses. Our Premium Projects Channel is a compilation of case studies that showcase commercial and residential applications. 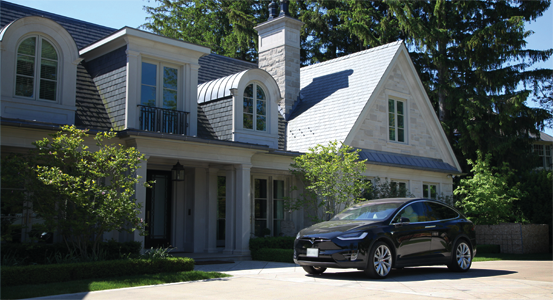 Learn more about integrating solar with Tesla Powerwall battery storage in this video of a residential system installed in Oakville, ON. Guelph Solar putting the sun to work at the site of Canada's largest installation of Tesla Powerwalls. 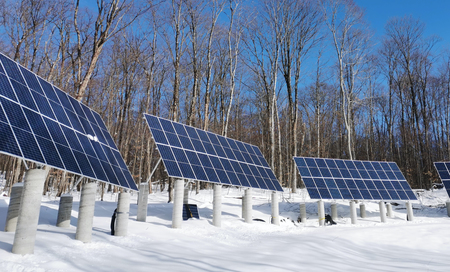 Guelph Solar designed, engineered and installed a 33 kW solar array, 3 phase system that is 100% off-grid. The ground mount array was built into the landscape to maintain the natural aesthetics of the surrounding forest. 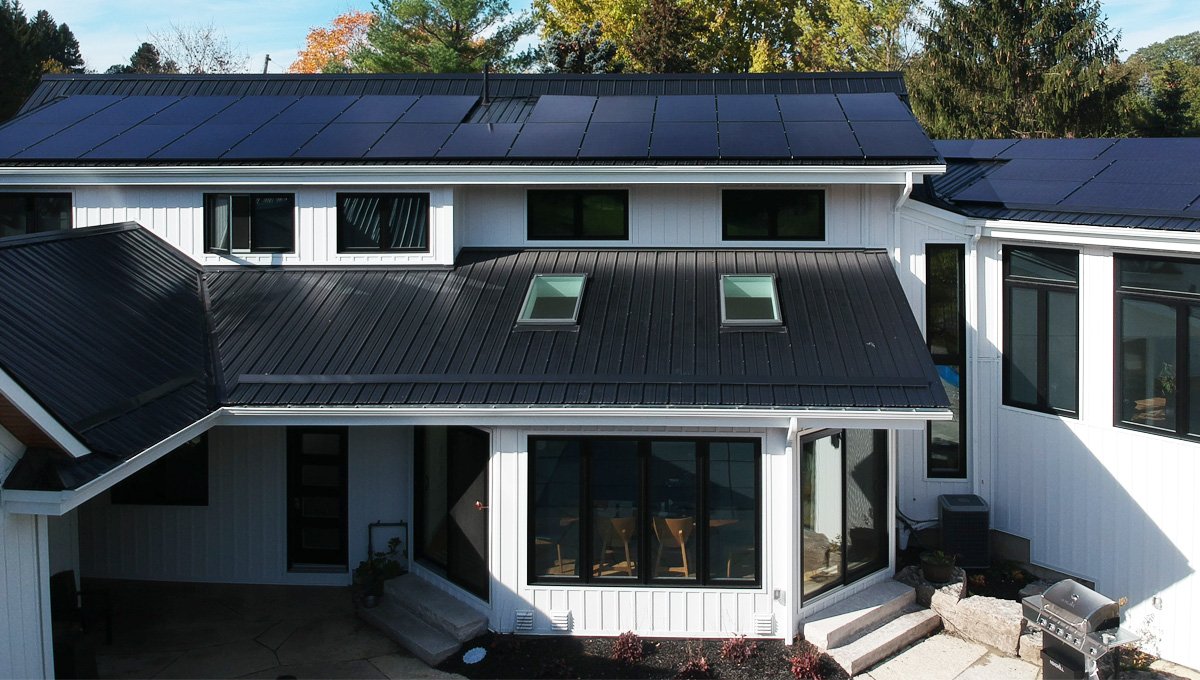 Guelph Solar has designed and installed the right clean energy solution for the owners of a beautiful home near Elora, Ontario, with a major focus on visual integration between the array and the house.
Forty premium LONGi panels at 360 watts each are now delivering 15 kW of solar power to the home.
Read More > 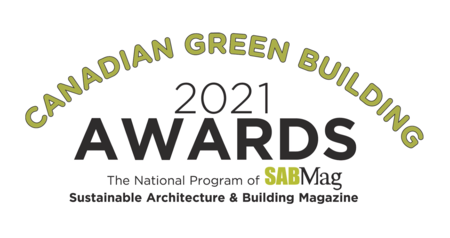 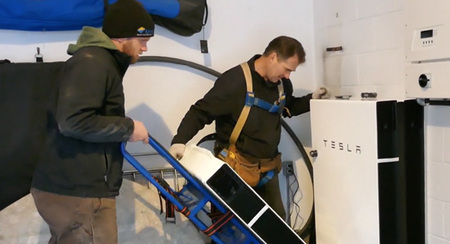 President Steve Dyck chats with a Guelph Solar client in Oakville, Ontario during the installation of three Tesla Powerwalls, including a Powerwall unboxing. Designed, engineered and installed by Guelph Solar, the residential system has 27 kW of PV solar panels, two inverters and three Tesla Powerwalls. Steve Dyck also demonstrates the home’s grid configuration. He talks about the Tesla Gateway and how it monitors and intelligently routes power between the Powerwalls, the grid, the PV solar system and the requirements of the household. 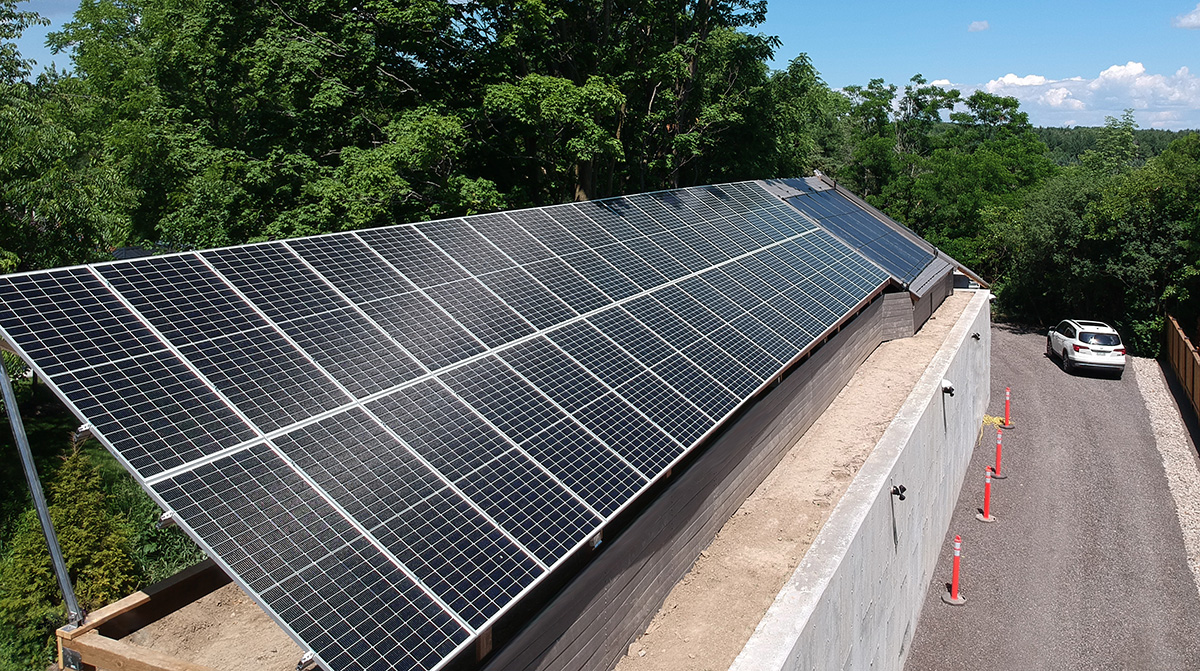 At a scenic hilltop residence within an hour of Toronto, Guelph Solar has completed an elaborate custom-designed PV and hot water solar system that is remarkable in design and size.

The client’s initial goal was to stop burning natural gas for heating the pool. He wanted to reduce costs and minimize greenhouse gas emissions as much as possible.